Windows 10 is finally receiving the upgrade everyone wanted and desperately needed. Or is it? Because now the details are being dug into, it is not what hundreds of millions of users will have expected.

Microsoft recently promised Windows 10 users “control, quality and transparency” for both minor updates and major upgrades with the release of Windows 10 1903. But the reality is actually far more complicated and it is Windows 10 Home users (who account for the lion’s share of the OS’s 800M-strong userbase) who are hit hardest.

CNet breaks down the new rules, and Windows 10 Home users learn they “can’t automatically defer any updates”. All you get is the option to manually pause updates for up to 35 days. Moreover, this is a process you must keep repeating every week to apply this delay to every new update. But the biggest complication and the one with very serious consequences is Microsoft will apply “end-of-service dates” to Windows 10 versions. When that date is hit, the next updates will be installed automatically, even if you have manually deferred them. In short, there’s nothing you can do about it.

How To Check Your Version of Windows

How will you know when your version of Windows 10 has reached end-of-service? Again it’s a manual process: you have to find your version number (Settings > System > About) then locate that number on the official Windows 10 Release Information site. The vast majority of users are not going to know this.

And why should they? It’s grossly unequal. Windows 10 Pro, Enterprise and Education users can set automatic deferral policies for both quality updates and feature updates while the latter two versions get leeway of up to 36 months for some major upgrades. 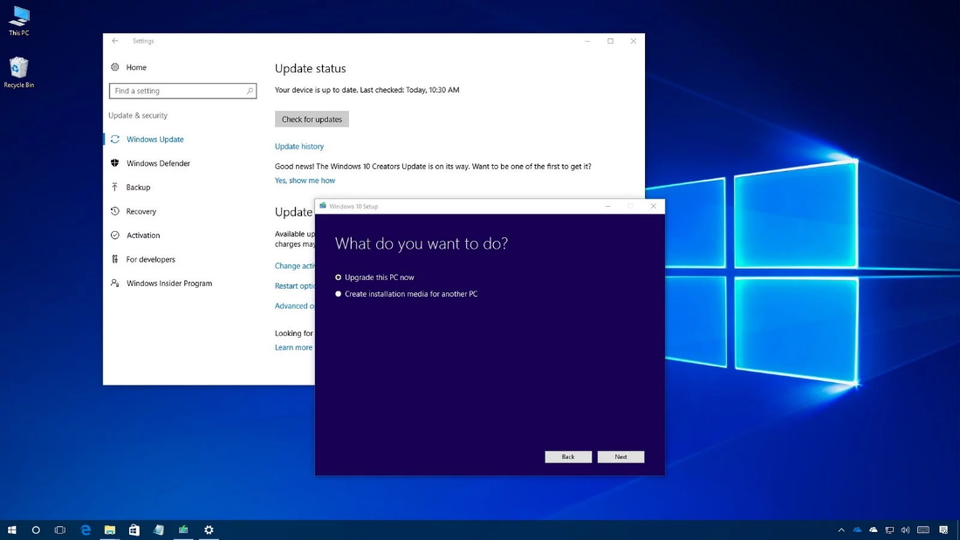 Microsoft’s Windows 10 updates have long been a minefield

So Windows 10 Home users, no, this is not the simplified process you wanted or, perhaps, expected. Instead, it’s a confusing mess. CNet describes it as akin to understanding “differential calculus” (and users were already baffled) while the ever-excellent AskWoody bemoans: “As usual, Windows 10 Home users come out on the short end”.

Windows 10 Home users deserve the same level of control over their operating system as everyone else. But, right now, it doesn’t look like they are ever going to get it.