Versions in use by millions lag behind latest OS, leaving systems vulnerable to attack 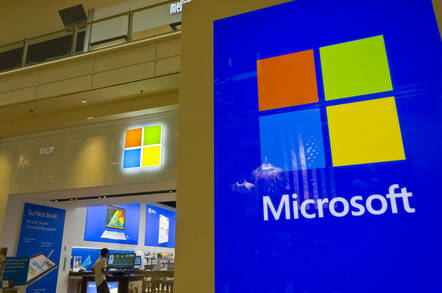 Your new compassionate and caring Microsoft, right there

Microsoft is silently patching security bugs in Windows 10, and not immediately rolling out the same updates to Windows 7 and 8, potentially leaving hundreds of millions of computers at risk of attack.

Flaws and other programming blunders that are exploitable by hackers and malware are being quietly cleaned up and fixed in the big Windows 10 releases – such as the Anniversary Update and the Creator’s Update. But this vital repair work is only slowly, if at all, filtering back down to Windows 7 and Windows 8 in the form of monthly software updates.

This is all according to researchers on Google’s crack Project Zero team. The fear is that miscreants comparing the various public builds of Windows will notice these vulnerabilities are being silently fixed in Windows 10, realize the same holes are present in earlier versions of Windows – which are still used in homes and businesses worldwide – and thus exploit the bugs to infect systems and spy on people. And if hackers haven’t realized this, they will now: Google staffers have publicly blogged about it.

Redmond engineers are quietly addressing these Windows security flaws as part of their efforts to improve components within the Windows 10 operating system. For instance, a team may be tasked with improving memory management in the kernel, and as a result, will rewrite chunks of the source code, boosting the software’s performance while squashing any pesky exploitable bugs along the way. For the marketing department, this is great news: now they can boast about faster loading times. Malware developers, meanwhile, can celebrate when they discover the programming blunders are still present in Windows 8 and 7.

“Microsoft is known for introducing a number of structural security improvements and sometimes even ordinary bug fixes only to the most recent Windows platform,” Google Project Zero researcher Mateusz Jurczyk said on Thursday.

“This creates a false sense of security for users of the older systems, and leaves them vulnerable to software flaws which can be detected merely by spotting subtle changes in the corresponding code in different versions of Windows.”

As an example of the problem, Jurczyk highlighted the wobbly use of memset() within the kernel. This is a function that is supposed to overwrite bytes in a specific area of memory to a specific value, such as zero, thus scrubbing away whatever was previously stored in that portion of memory.

When the kernel is told by an application, via the NtGdiGetGlyphOutline system call, to fill an area of memory with information, and copy it into the app’s memory space, the OS doesn’t fully overwrite the area using memset() prior to the copy operation. This means the kernel ends up copying into the application’s memory space left over private kernel data, thus leaking information it really shouldn’t. This can be useful to snoop on the OS and other programs, or gain enough knowhow of the system’s internal operations to pull off more damaging exploits.

This information-disclosure bug was fixed in Windows 10, but remained present in Windows 7 and Windows 8.1 – until it was reported by Project Zero to Microsoft at the end of May this year and fixed in patches for Windows 7 and 8.1 systems in September. Google typically gives vendors, including Microsoft, 90 days to address any reported security shortcomings before going public, forcing developers and manufacturers to play their hand.

This months-long lag in deploying patches to previous flavors of Windows is leaving systems vulnerable to attack. By broadly upgrading the security defenses in Windows 10, Microsoft is making it easier for hackers to see where they could exploit weak spots in older versions.

“Not only does it leave some customers exposed to attacks, but it also visibly reveals what the attack vectors are, which works directly against user security,” Jurczyk explained.

“This is especially true for bug classes with obvious fixes, such as kernel memory disclosure and the added memset calls.”

While it’s not realistic to expect a vendor to maintain major updates and produce patches indefinitely for older software versions, as many as half of all Windows users are still running Windows 7 and 8 – meaning millions of people are being put at risk by Windows 10’s security improvements, ironically.

“Windows has a customer commitment to investigate reported security issues, and proactively update impacted devices as soon as possible,” a Microsoft spokesperson told The Register.

“Additionally, we continually invest in defense-in-depth security, and recommend customers use Windows 10 and the Microsoft Edge browser for the best protection.”